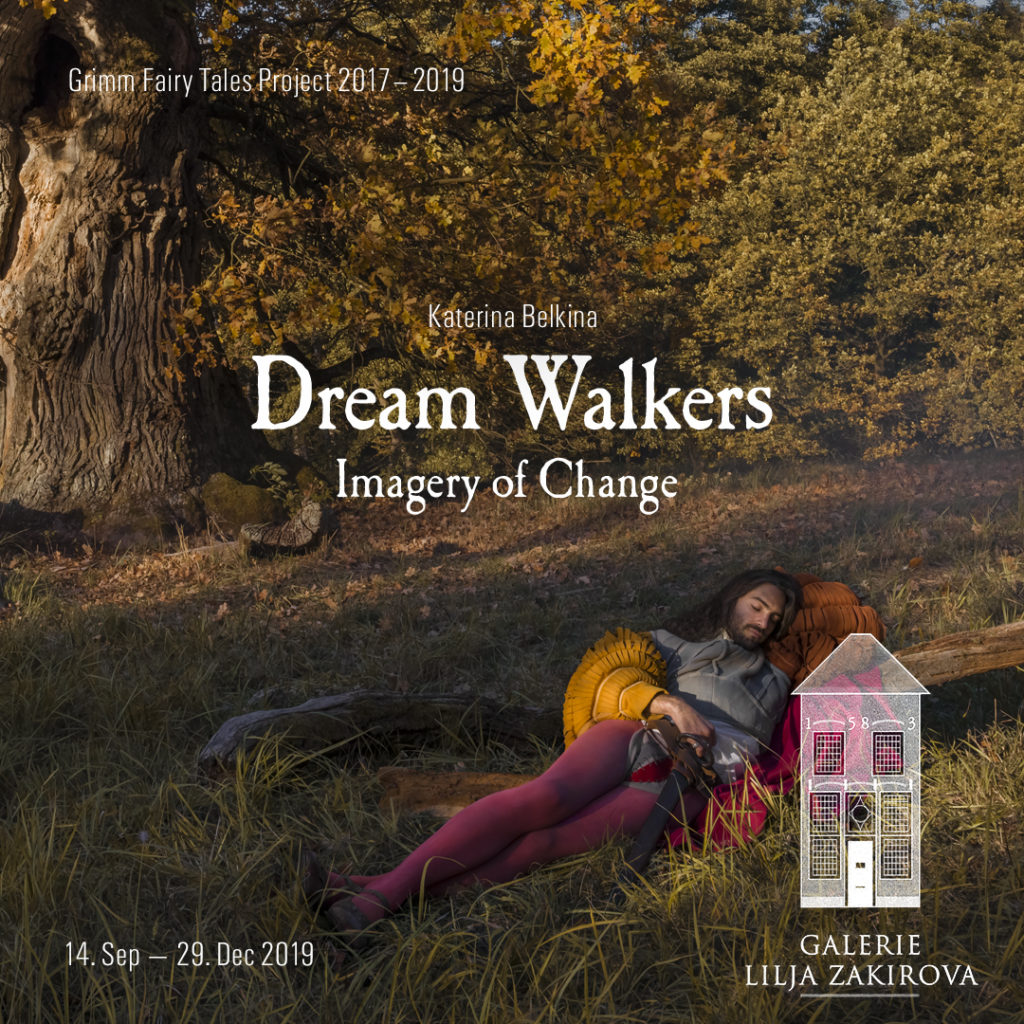 On Saturday September 14th, at 16:00 hour, the vernissage of the exhibition of the new series Dream Walkers. Imagery of Change by Katerina Belkina (1974) will take place at Gallery Lilja Zakirova in Heusden in a very special way. This Russian visual artist who through her photographical series has sought for the path back to the deepest essential layers of the human identity, has acquired international fame. Not in the least by the prestigious awards she has won: in 2015 she received the International Lucas Cranach Award  and in 2016 she became the winner of the International Hasselblad Masters Award in the category “Art” which led to a participation in a parallel program at the Venice Biennial this year.

In the Dream Walkers. Imagery of Change series the artist focused herself on the old mythology and uses the art of storytelling from the fairy tales of the European continent to ask herself and the viewer existential questions. The universal myth lived through personally, diving to the motivational depth of the heroin (SnowWhite, Frau Holle, Sleeping Beauty and many others) and at the same time surging to the awareness of the archetype, Katerina Belkina is able to concentrate herself on the (sometimes invisible) magical momentum on the eve of transformation or transition to the next mental level by which the artist achieved to create mesmerizing monumental compositions that remind of cinematographic stills with the essential equal participant – the landscape.

Regeneration and transformation are the instruments of success by Consulting Bureau Target Point, the second exposition space for Katerina Belkina’s series. Target Point, for 30 years an innovator in training and consulting within human resourcing, has actively used the language of the visual arts in their trainings and bestselling Guide to Change.

We invite you and your artloving friends for this special vernissage on Saturday September 14th. The exhibition will be officially opened after my opening speech and an introductory story by the endearing Katerina Belkina (who will fly especially over from Berlin) on her latest series, followed by a stone’s throw-tour to the Target Point building on the Botermarkt in Heusden where Angela van de Loo will present the new catalogue “Imagery of Change” followed by a signing session by Katerina.

You are accustomed with our hospitality – we treat our guests to oysters and a matching white wine.
r.s.v.p. is not compulsory but appreciated.